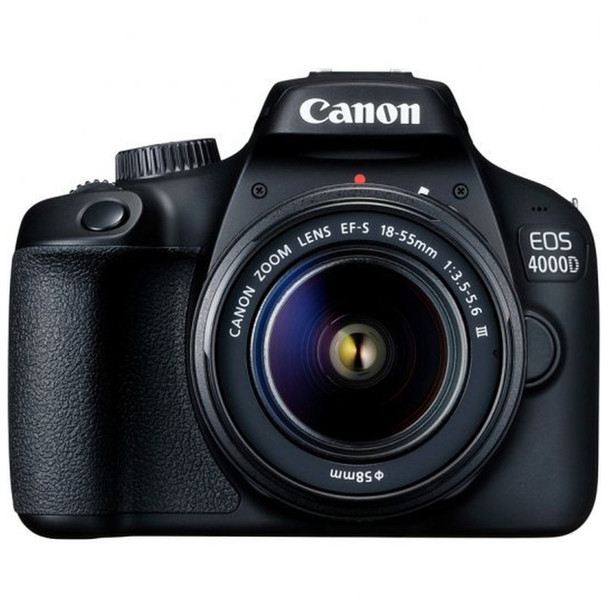 Canon EOS 4000D Kit [18-55 III] DSLR Camera, Wi-Fi Enabled, International Version - Black
The EOS 4000D, a still more cut-down version of the EOS 2000D/T7. Canon s four-digit-d series cameras, from the 1000D (Rebel XS) onwards, have always hit aggressive price points in the market by recycling existing components and features called the original 1000D a "reheated" 400D/Rebel exit at the time. But the EOS 4000D takes this to a new level. The 4000D shares its body and viewfinder with its more expensive sibling (and previous cameras of this Series), but relies on a version of the 18MP Sensor first introduced nine years ago in the EOS 7D, and the DIGIC 4+ processor that made its debut in Canon s 2014 model-year compacts. The camera's rear display is a 2.7-Inch LCD that we last encountered in 2011's EOS 1100D/Rebel T3. Finally, some kits of the camera will include the unsterilized 18-55mm F3.5-5.6 III first announced in February of 2011, Although We're pretty sure the plastic lens mount is a first for a digital EOS.
View AllClose